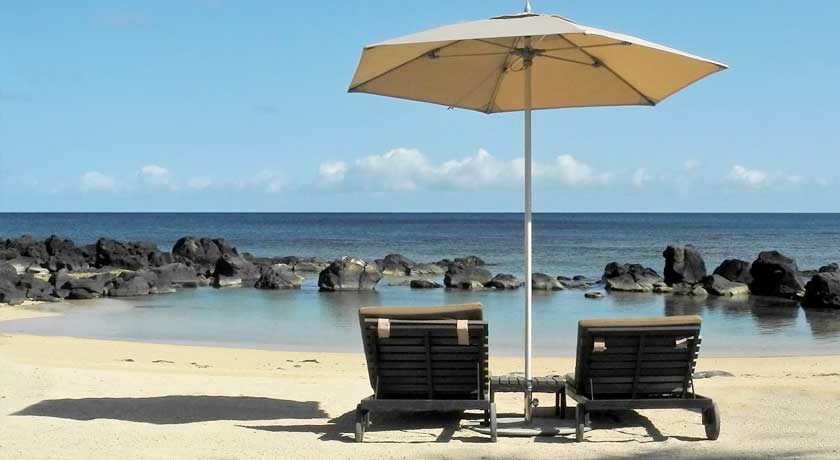 Mauritius will enchant you, will uplift your soul, making you feel that you belong to the chosen few.. Every encounter is an opportunity to discover a friendly face. Behind each smile lies the promise of a unique holiday. The contrast of a multitude of colours and tastes, the island, set in its turquoise sea, is an oasis of peace and tranquillity. Mauritius, a melting pot where past and present are smoothly blended together, offers an essential beauty that will compel to return to its shores time and time again.

An islander once told Mark Twain that “Mauritius was made first and then heaven; and heaven was copied after Mauritius”.

PLACES TO VISIT IN MAURITIUS

PORT LOUIS - The cosmopolitan capital city of Mauritius was founded in 1735 by the French governor and pioneer Bertrand-François Mahé de La Bourdonnais. Located on the Northwest Coast, Port Louis is the administrative and business capital of the island.
Buzzing with activity during the day, the city is full of cultural and historical treasures that should not be missed. Beyond the central market, which is a focal point for those who want to feel close to the soul of Mauritius, are many historic sites including the Champ de Mars - the oldest race course in the southern hemisphere.

THE NORTH - In Mauritius, when we speak of “the north”, Grand Bay is the first thing that comes to mind. Grand Bay, through sustained development, has become the premier tourist destination of Mauritius.

THE SOUTH & SOUTHEAST -  The wildest and most beautiful landscapes of the island are in the South: sandy beaches bordered by cliffs carved by waves, rocky shores, sugar cane fields as far as the eye can see, and mountainous terrains offering magnificent panoramas. The integrated tourist area of Bel Ombre is also a model of its kind.

INLAND AND CENTRE -  Time to leave the usual beaches and try a few excursions inland to get a feel for the heart of the island. Cooler than the coastal regions, the central plateau is situated between 400 and 600 meters above sea level. Starting from the South of Port Louis, this vast urban area is home to about 400,000 people, representing over one-third of the island's population. High up on the plateau, you’ll also find forests, lakes and plantations that are well worth a visit.

Mauritius enjoys a relatively mild climate. Although temperatures are rather moderate throughout the year with occasional rainfall, the most pleasant times to visit the island are between the months of April and June and between September and December. As Mauritius is located in the southern hemisphere, the summer and winter months are opposite to the seasons in Europe.
Best time for scuba diving and deep-sea fishing is from December to March. June to August is a great time for surfing.

TOP THINGS TO DO IN THE SEYCHELLES

Getting Married and Honeymoons - Mauritius consistently ranks as one of the world’s top wedding and honeymoon destinations, thanks to its picture-perfect venues and superb luxury. Couples can marry anywhere in Mauritius – be it aboard a catamaran, on a submarine underwater or even saying ‘I do’ on a zipline over the forest.

Healthcare & Leisure on a single trip? - From cosmetic surgery to dentistry to hair transplants, Mauritius is quickly becoming a go-to destination for medical tourism. Mauritius offers a unique opportunity for visitors to combine healthcare, wellness and leisure in a single trip. This discreet destination is the ideal location to receive top medical care and recover in paradise.
Mauritius has a large network of professional private clinics, each offering an exceptionally high standard of care. Whether you seek cosmetic surgery, dentistry work or rehabilitation from anything, from alcoholism to anxiety, Mauritius has specialist centres island-wide.

Visit Chamarel Coloured Earth - Chamarel highlands has been a tourist attraction since the 1960s. Caused by mineral oxygenation, its multi-coloured lunar-like dunes of mineral rich volcanic sand – shades of pink, green, brick red, orange, purple and grey – look their best at sunrise and sunset. The Chamarel Falls is also a sight to behold as one of Mauritius’ most beautiful waterfalls.

Eat like local do! - The Mauritian culinary scene offers everything from Michelin-star chefs, to fine dining to enticing roadside snacks sold by street food vendors. The delicate ‘heart of palm’ salad is famous in Mauritius and something to try if your budget allows. Cultural festivals, such as the Chinatown Festival, are known to attract thousands of Mauritians for their food offerings.
A street food tour of the capital, Port Louis – listed among the top ten cities in the world for street food by The Telegraph – is a must for foodies. Sample the ubiquitous street food: dholl puris, samosas, gateaux arouille and gateaux piments both on and off the streets of Mauritius, in the many small restaurants and takeaways (“snacks”). Visitors will soon learn that eating is extremely popular among the local population.

Be one with Nature - Nature is everywhere in Mauritius, so whether you’re hiking up a mountain, taking a stroll in the botanical garden or simply admiring the view, you’re sure to see incredible sights. Take the road less travelled. Hiking and trekking are the best ways to discover Le Pouce Mountain with its breath-taking view of Port Louis; Le Morne, a UNESCO World Heritage site; or the Black River Gorges ecosystem.

Pamplemousses Botanical Garden is undoubtedly one of the most visited attractions in Mauritius. Created over 300 years ago by the famous French botanist Pierre Poivre, the garden is the oldest in the Southern Hemisphere and boasts a plethora of indigenous plants. The talipot or coryphe parasol is of particular interest: the legend says that it flourishes only once every sixty years before dying. The Botanical Garden in Curepipe is also well worth a visit. Created in 1870, it is the second largest botanical garden in Mauritius.
Trou aux Cerfs is the most famous dormant volcano in Mauritius. From there, you have a fantastic 360° view of the high plateau of the Island of Mauritius.